Posted at 16:43h in Traffic Law by enet_osi
Share 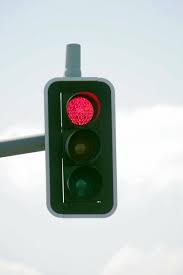 On 2 October 2020, the South Australian Supreme Court handed down the decision of Police v Woolmer, an appeal against conviction for a red light camera offence.

In March 2018, Mr Woolmer’s vehicle was detected driving through what appeared to be red lights. At trial, there was a challenge to SAPOL’s testing of the red light cameras and during the trial, evidence was heard both from the camera operator and the Inspector in charge of the Traffic Services Branch regarding how the red light cameras were tested. Mr Woolmer was found guilty and appealed the verdict to the Supreme Court.

The Supreme Court held that the SAPOL testing was not conducted in accordance with legislative requirements. The regulations set out exactly what is required by way of testing, and includes a requirement that the test needs to ensure that not only does the camera activate when a vehicle passes over the induction loops (a few metres before the intersection), but also that the camera takes exposures following a programmed delay after the induction loops are activated. This is to ensure that vehicles are detected as they enter the intersection. The Supreme Court found that the SAPOL test, which consisted of merely observing cars passing over the induction loop while the traffic lights were green, did not meet the statutory requirements. Therefore, while photographs showed Mr Woolmer’s vehicle in an intersection while the lights were red, there was no evidence that the vehicle entered the intersection on a red light. As Justice Parker stated, “prosecution could not establish that the light was already red at the instant that the appellant’s vehicle entered the intersection”.

In cases where evidence is obtained through scientific devices, such as cameras, speed guns, breathalysers etc, prosecution can tender signed certificates to the court about certain things. Once admitted, those certificates become proof of the facts in the certificates, and the onus switches to the defendant to prove otherwise. In this case, the certificate stated that the camera was “operated and tested in compliance with the Road Traffic (Miscellaneous) Regulations …”. However, because the Supreme Court found that the camera was not operated and tested in accordance with the law, the certificate could not be relied on by prosecution. Accordingly, the charge couldn’t be proved and so Mr Woolmer’s conviction was overturned.

To be clear; this was not a testing error by the camera operator. In fact, the Supreme Court found that it was likely the operator tested as per his training. Justice Parker made a number of criticisms of the current testing regime for red light cameras, stating “the problem appears to be that the training does not correctly address the requirements imposed by the Regulations”.

This is not a one-off judgment. This judgment affects ALL red light camera offences because the problem lies with SAPOL’s misunderstanding of what the testing requirements are. Accordingly, camera operators are trained to test cameras in a way that does not comply with the Regulations.

This judgment confirms the correctness of the previous LIDAR gun decisions of Police v Hanton, Miller, Henderson and Butcher. It is now clear that Justice Peek’s reasoning in those decisions extends far beyond LIDAR guns and applies to all offences that rely on evidentiary certificates for proof of the accuracy of devices. The issue is the same, regardless of the scientific device used to detect offences.

There will inevitably be questions asked about the impact of this judgment on all red light camera fines and charges. It will not affect finalised matters, ie paid fines or court convictions. This is because the defendant must show “proof to the contrary” of the facts in the certificate. That is, the defendant must take positive steps at the time to challenge the certificate. However, this judgment is clear that the testing requirements have not been complied with on a systemic level. While the testing for this camera occurred in 2018, the evidence regarding the testing regime was heard in late 2019. The regulations have not been amended since then. Time will tell if the SAPOL training and testing regime has changed since late 2019. Until there is some change within SAPOL, or this judgment is overturned on appeal, it is hard to see how red light fines can continue to be issued and how current charges can continue to be prosecuted.